As time flew by we had to leave Paros for our next destination. We boarded a ferry to neighboring island Naxos. After a short, half an hour ride, we were there.

Naxos is the biggest and the greenest island in Cyclades. It is very famous for its marble, which was one sold and shipped to the whole world (they even had a shop in Paris).

As on other islands, ferry brought us to main town Chora or Naxos city.

When you are closing in on Chora, you cannot miss islands main attraction: Portara or Apollo Temple’s entrance. It is situated right next to main town. What you see, are the remains of Apollo Tempe, which was situated on this spot. These ancient remains become main attraction at sunset. As soon as the sun starts to descend into the sea, all the tourists start to roam on the hill to get the best photo spot. The main goal of them all is to get a photo of the sun between the gates. Yes, we have such a photo!!

Okay, we admit: we didn’t make this photo. It was simply too much people to get a perfect shot. But luckily, we found a solution: we asked some guy in a front row to take a picture with our camera. Thank you stranger, the picture is great. 🙂

During the day the hill of Apollo Tepmple is almost deserted. The crowds from the previous day fade away. 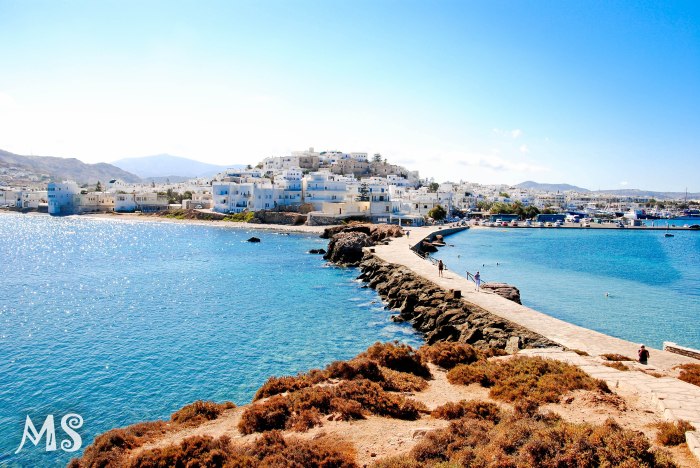 Naxos town is similar as the towns on Paros with all the blue-white and narrow streets. Naxos town is much bigger than Paros (almost twice as big). It is situated on the hill and has a castle on top. Since castles are connected with princes on white horses, kings, knights, sometimes even dragons, we decided to see, if there is any of the kind in Naxos castle. We were disappointed. This castle doesn’t have anything special, so we left it very soon. The best thing was nice view to Portara. 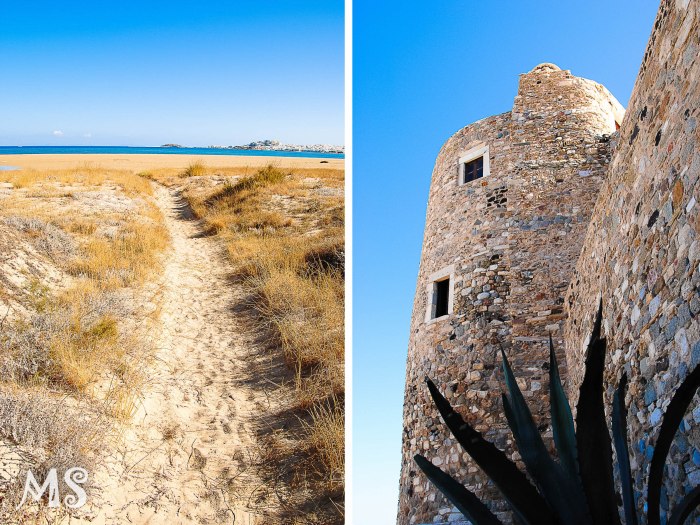 Same as on Paros we decided for an island trip. We took a scooter, but here this was not such a good idea. The island is way too big to make a comfortable tour around the island. We had to shorten our trip. We went to see ancient marble quarries in the center of the island. The remains are mostly abandoned; you have to use some imagination to see them. We were a bit impressed with ancient water lines. You can see them near the quarries and if you imagine, that this was built quite some time ago, it is really quite impressive. In the quarries you can also see some statue remains. There is one big statue lying there as they left him after they broke his leg. It is still well preserved, but it is in a raw phase, so it has no beauty of marble statues in museums. 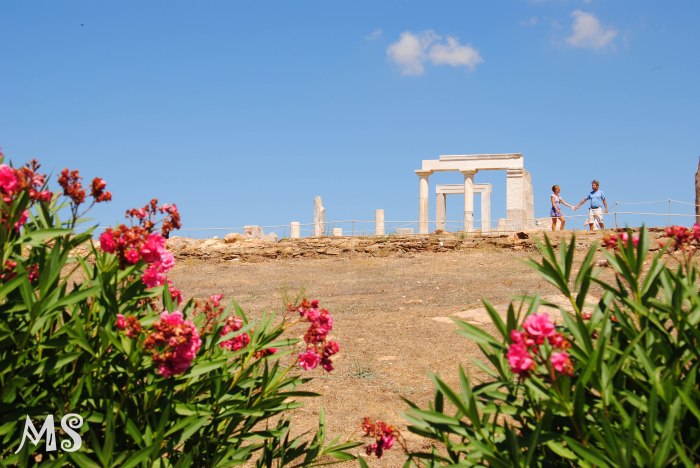 The rest of the island didn’t offer anything special, but we’ve cruised less than half of it, so we might have missed something. It doesn’t have any special attractions, but the scenery is beautiful.

We came to Naxos to have some time off and relax. For this reason we decided to book an accommodation somewhere on the beach, so Naxos tow was off. The best place that we found was Agios Prokopios. As the owner told us, village is situated on 26km long sand beach. It was exactly the type of beach that we were looking for. The village itself is very small and nothing special. It has one (main) street, one gas station, one big market, a few restaurants and great beach. The transportation is arranged very well, because they have public bus going to Naxos town. So if you are looking for a combination of beach time and would like to be near main activities, villages like Agios Prokopios, Agia Anna or Maragkas are worth checking out. 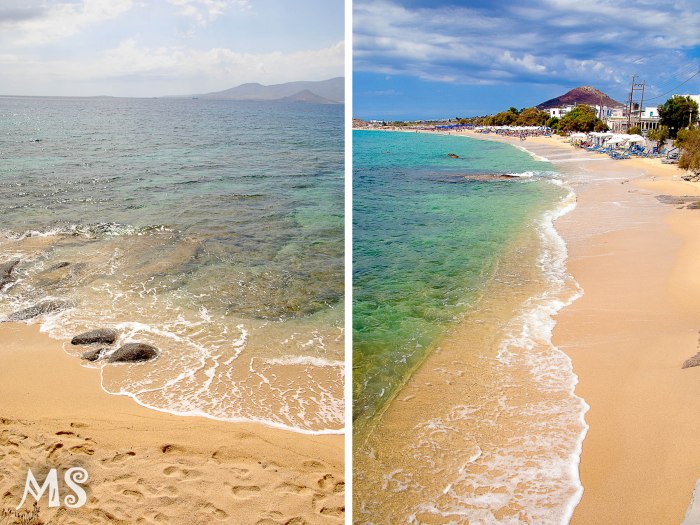 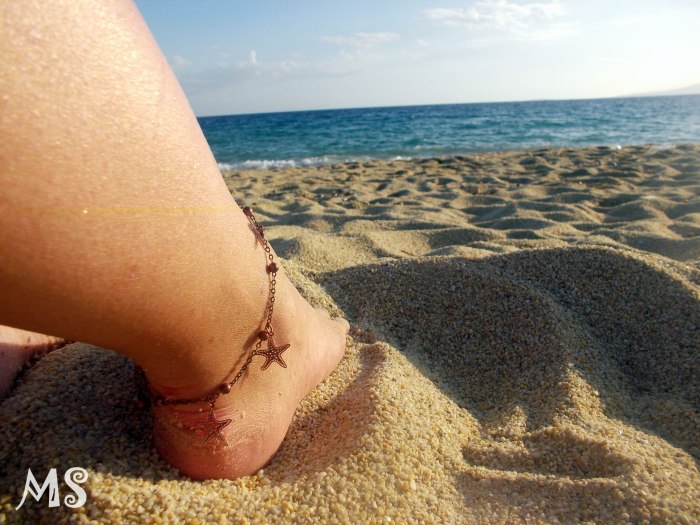 Accommodation is owned by one of three brothers. The other two are running the restaurant in front of the apartment building. Our apartment was situated on the ground floor. It was a clean place with older furniture. It had a nice terrace in front with a lot of shade. We also had a kitchen and a TV, bud we didn’t use them. They also had a Wi-Fi, which I (unfortenatelly) needed for work. The owner was very nice. He came to pick us up and took us to the port (for free). We would recommend this place for low price and a good location. 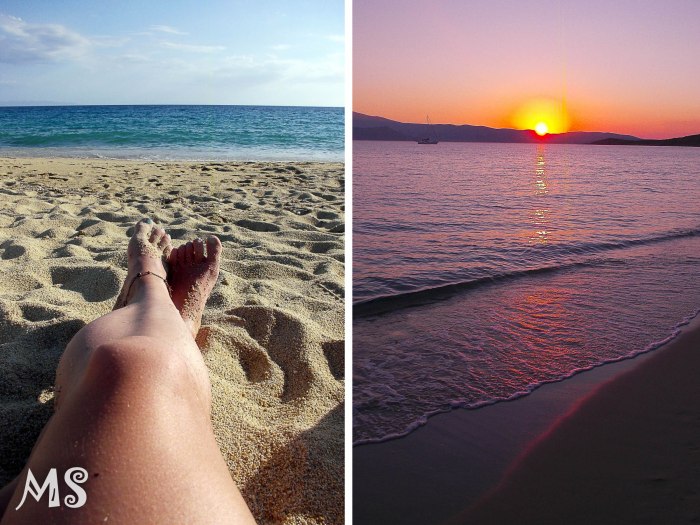 Paros and Naxos were more the relaxing destination. Now it was time for some fancy and exploring locations.

13 thoughts on “The biggest and the greenest: Naxos”