After a short boat ride we were on Paros. Ferry stops in main town Parikia, where we had booked an accommodation. It was the first town that had the opportunity to impress us. It did a great job! 🙂

What to see and do

Parikia is the town we fell in love with. It was our first time on Cyclades and although we’ve heard about beautiful, narrow streets, it still took our breath away. Everything is so neat and stylish. There are many beautiful shops and small, cosy cafes. Ground is made of stone and neatly colored with white so it looks like a giant puzzle. That’s typical for all towns in Cyclades. The intensity of color shows, that they really take care for the looks. It is so white, that you can hardly look without sun glasses. 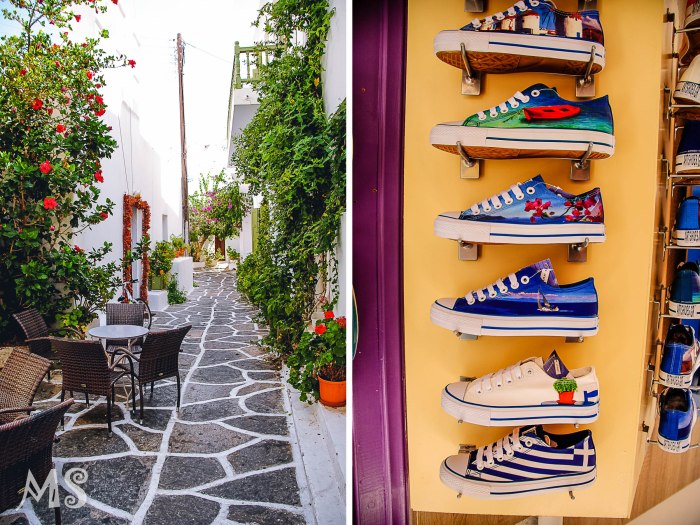 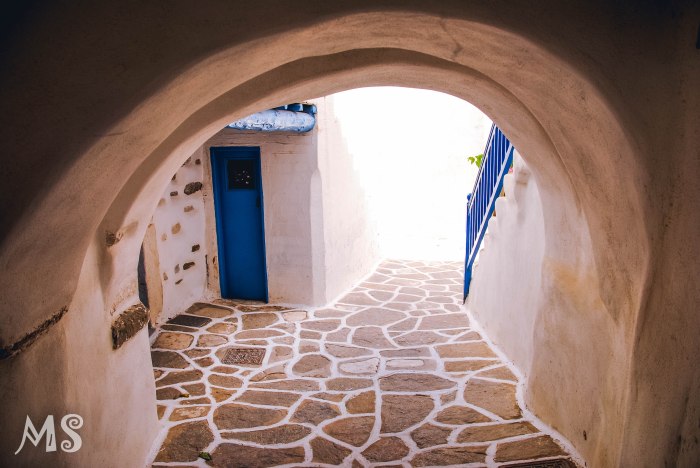 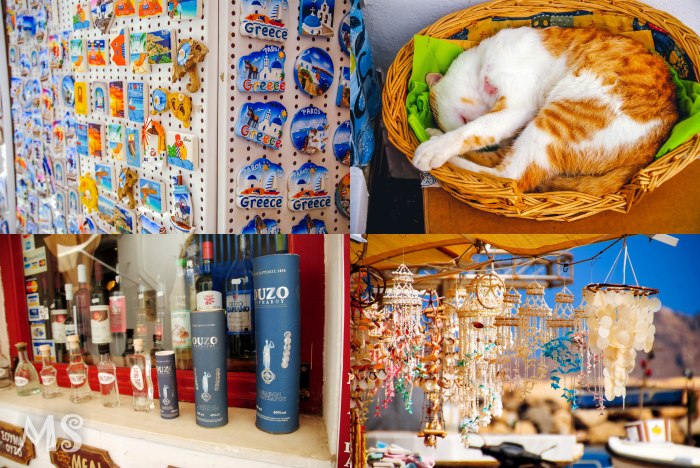 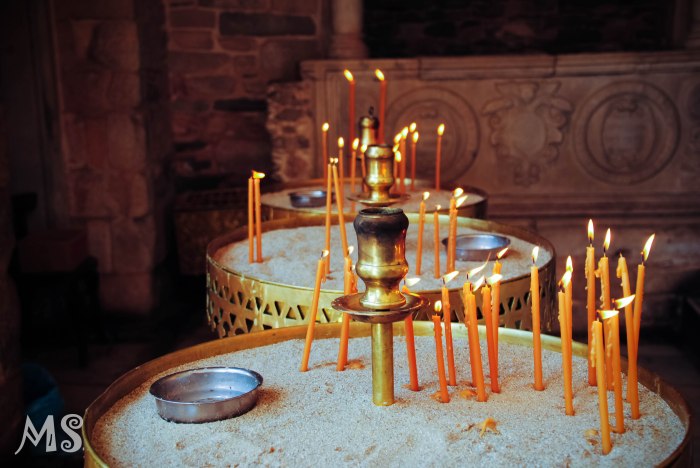 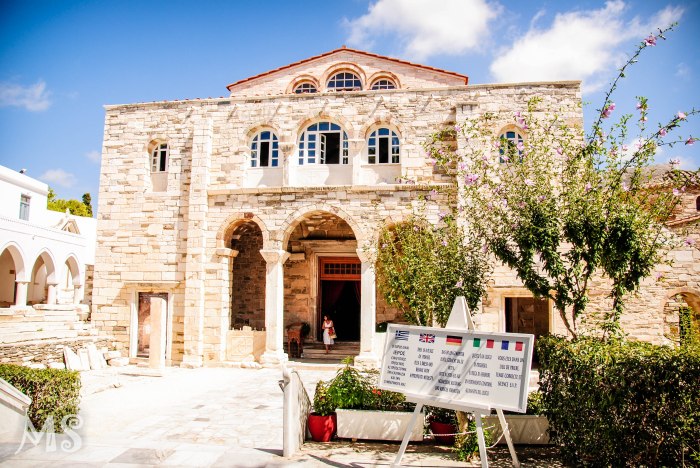 In four days on Paros, we took a day to cruise the whole island. We rented a scooter, which is a best way to get around the island and the cheapest (if you want to have your own wheels). We didn’t make any arrangements and just took one from the local rent shop. The price was good (10 EUR per day), scooter was a bit beaten up, but everything was ok.

The first town we visited was Naoussa on the north side of the island. It’s a small fisherman village, situated right at the sea with beautiful narrow streets that are typical for Cyclades. Village, although small, has a great vibe. In the morning, restaurant at the sea are slowly preparing for their guests. Shops are slowly opening with their owners drinking frappe and talking to one another like they haven’t seen each other yesterday. In the bay of Naoussa, colorful fisherman boats are docked with staff cleaning them and preparing nets for the next tour. In front of the boats, they have octopuses hanging and drying in the sun. This way grilled octopus tastes much better. 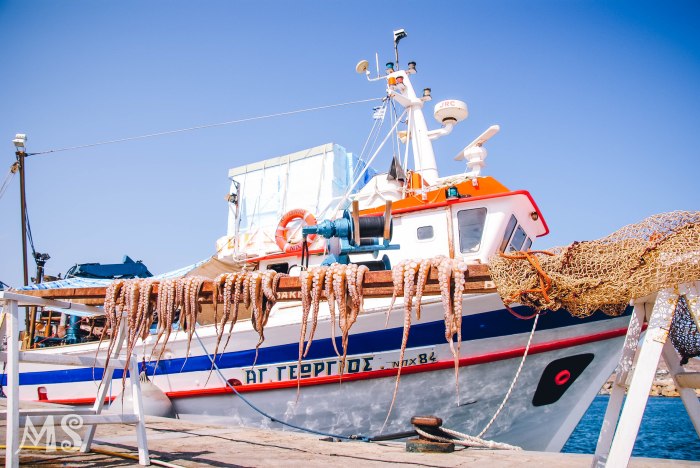 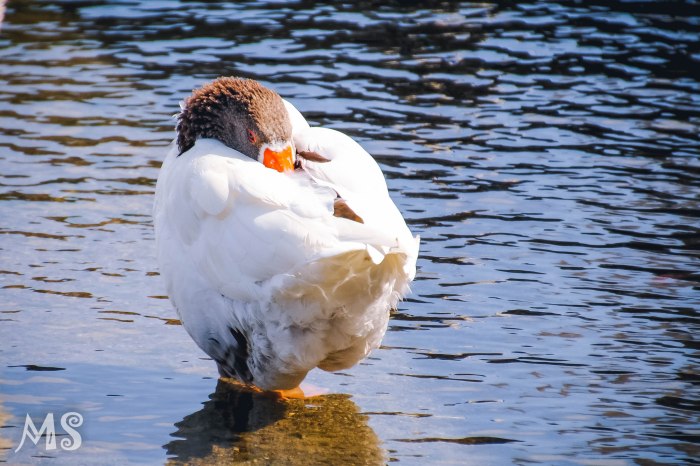 Although no tourist guide recommended it, a stop at Prodromos is also a must. The village has the nicest narrow streets, painted floor and white houses with blue windows and doors. If you are looking for photo spots without tourists, this is it. When we were there, the village was practically empty. White/blue combination and blooming flowers gave us an opportunity for photo session.

Typical Greek food is something that you must try on Paros (well actually in the whole Greece!). Naoussa is full of restaurants right at the sea. Although they look really nice, we didn’t eat at any of them (we just weren’t hungry at the time visiting the village). We found a good local restaurant on the beach of Logaras. We forgot how it’s called, so we can’t share it, but it’s hard to miss it. It’s the first restaurant with tables on the beach. The beach is also nice, but you should be there at dinner time 🙂 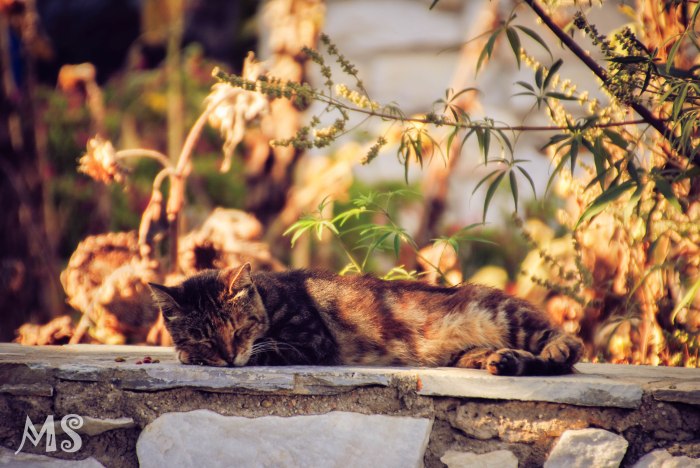 Of course, we came there not just for sightseeing, but to enjoy beautiful and endless beaches of Greece. We visited a beach at the far end of the bay from Parikia, named Marcello and we became quite regular customers there, because it was very close and indeed beautiful with crystal clear water and white sands. It was the best beach we found on the island.

Otherwise one of the nicest beaches is Kolymbithres beach. It’s situated in the same bay as the well-known village of Naoussa – on the opposite side of it. The beach has a unique landscape with sand and stones of different shapes. It attracts many tourist. We took some time for a dip, but than the wind drove us away. 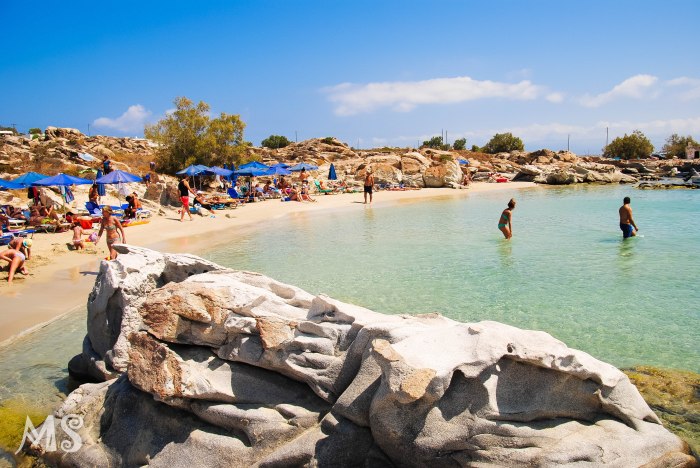 In case you are a windsurfer, Golden beach on the far south side of the island is the right location for you. The beach is very long, but otherwise not the best we’ve seen It can be quite windy, so probably it’s great just for windsurfing.

Of course, there are many more. We just find the listed three the most memorable. Almost all the beaches have a beach bar and all have very fine sand that can get to almost everywhere you can imagine (with a slight windblow there will be some between your teeth for sure). 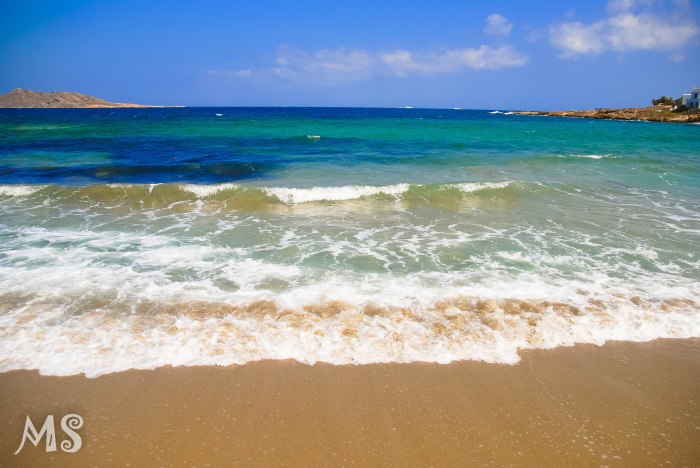 Accommodation is located 5 minute’s walk from the town, next to hotel Paros. Rooms are nothing special, but just what you need. It was a good value for money. Some of the rooms have a sea view; our room had only partial view. The only bad thing was that you don’t have a private terrace (except in only one room with the best view).

The owner of the place was very nice and helpful. She made some really good recommendations on which places to visit and provided us a map of the island. 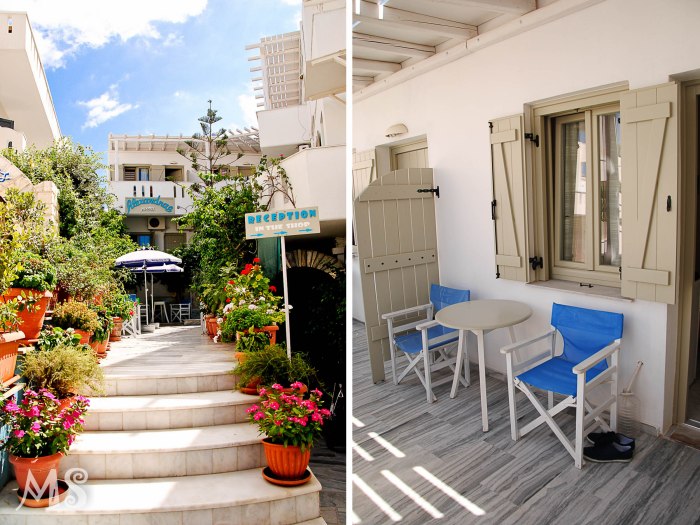 Four days on Paros were enough to take some time and get a feeling about it. Paros is not as touristic as some other Cyclades, but it has its charm. It’s very Greek despite of tourism. If you’d like a spot, where there is not a lot to do and an island that is not so occupied, than Paros is a right choice. 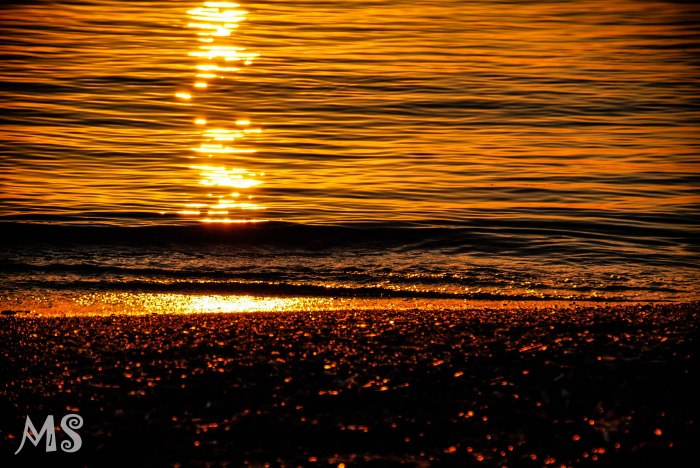